Pitkin County is seeing a low incidence rate, which points to our high vaccination rate among our residents. However, neighboring counties, states, and countries – especially those who have a low vaccination rate – are facing a much more dire situation due to the spread of the Delta variant. With an anticipated busy summer headed our way, we must be sure to continue to stay on the right path by getting fully vaccinated, as those who are not vaccinated or not fully vaccinated run a higher risk of infection of the Delta variant. Learn more about the Delta variant below.

Overview of the Delta Variant

Specifically, the World Health Organization (WHO) and the Centers for Disease Control and Prevention (CDC) classify all variants into three categories: variants of interest (VOI), variants of concern (VOC), or variants of high consequence (VOHC). As of June 25, 2021, there are no variants classified as variants of high consequence, although several are classified as VOCs. VOCs are defined as variants that are more transmissible, cause higher rates of hospitalizations and death, are more likely to evade human antibodies, and for which certain treatments may not be effective.

Photography and graphics by Wedeln Design 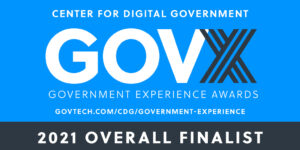